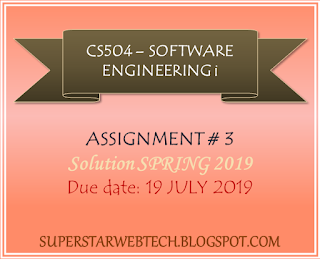 Softech is a software company which specializes in developing cross-platform mobile applications that can run on different operating systems like windows, apple, android, etc. Recently, the company has acquired a project called Ultimate SMS Blocker. The SRS (Software requirement specification) document of the project had already been developed by the project team. The main functional requirements mentioned in the SRS document are as follows:

1) The application allows the user to select the phone number from the message inbox and move it into blocklist. After adding the number into the blocklist, the system will not be able to receive any message from that number. The system should inform the user that the added number has been blocked.

Read the above-mentioned system specifications and draw the sequence diagram for each functional requirement.

Suppose you are working as a software developer in a company. The company assigned you the task for improving the performance of an existing system “Bus ticket reservation”. Bus ticket reservation system had been implemented in a three-tier architecture model which includes presentation, business logic, and data storage layer. The performance of the data layer is very slow because a separate DB (database) object is needed to establish a connection with the database for carrying out each CRUD operation. Performance issue could be resolved by restricting the system to create only a single DB object instead of multiple data objects.

Which type of design pattern would be appropriate to use in the above-mentioned scenario. Also, write the reason for it?

Note: You can use Microsoft Visio or some other drawing tool (implementing the UML notations) for depicting the required diagrams.