Q1. Writers use different techniques to bring their characters to life. They use these techniques to translate their vision of people using words. Some extracts from different writings are given below. In each paragraph, identify the technique used by the writer for “character representation”.

Choose an appropriate technique from the following: 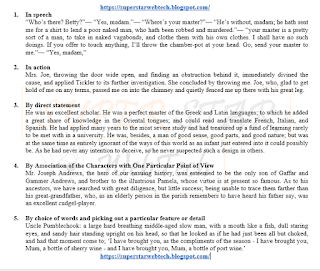 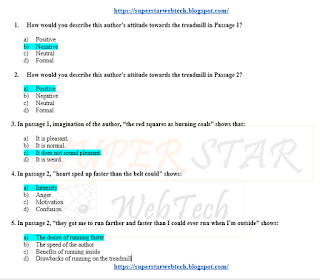