Education is the jewel of humanity. No society can progress without education. Islam also emphasizes education. The Holy Prophet (PBUH) has said that the ink of the world is better than the blood of a martyr. The Prophet (peace and blessings of Allah be upon him) said:

“The time a person spends in learning is worth worshiping.”

In another hadith, he said:

“It is the duty of every Muslim man and woman to acquire knowledge.”

In short, the acquisition of education is fundamental to the creation of a civilized society. No one dares to deny it.

Now let’s see what is meant by co-education? The word “co” means to be mixed. Or being interconnected. Co-education, therefore, means that boys and girls’ study together in schools. The concept of co-education was created by Western civilization, where a free association of man and woman is considered permissible. Everywhere and at every place, men and women are seen working together or engaged in other pursuits. It is a daily routine for unacquainted men and women to travel long distances together, dance together in hotels and ballrooms, and participate in other festivities together. In a society where men and women live together even though they are not married, it is considered natural for young boys and girls to study together in schools. However, it is completely against the law of nature. Men and women are completely different in terms of their physical figures. In this regard, nature has determined their duties separately and differently. Therefore, our religion, Islam, which is the religion of nature, clearly commands the observance of this principle of nature. Therefore, from a religious point of view, we can say that the concept of co-education is contrary to our social, religious, and moral values. Akbar Zarabadi had even said that: 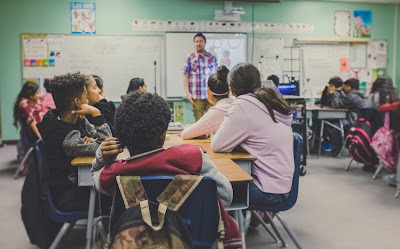 Supporters of co-education strongly argue that national development requires that men and women work together. They think that women can do whatever a man can do. This argument is very bad and unrealistic. Because men and women have different physical figures, their duties are different. Therefore, they should perform their duties in separate spheres. Women can perform teaching duties in girls’ educational institutions. They can pursue a medical career in the field of medical treatment for women. They can set up sewing and embroidery institutes for women to take up different professions within their limits, and there is no resurrection in it. 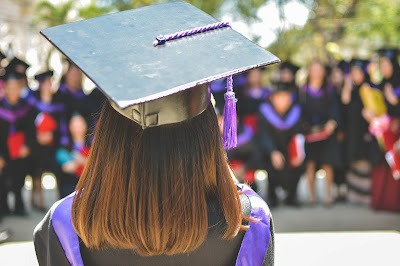 A woman is an image of modesty. Modesty is rightly called a woman’s ornament. This great quality can only be maintained in women if they do not associate with strange men. In this case, their social status and place will not decrease, but it will increase in Western society where there is no restriction on the free mixing of men and women. Despite the heyday of material progress, such shameful incidents have become the norm in daily life that one is embarrassed to hear or read them. Due to the abundance of this mixture, the Western woman has become a mere measure of amusement. This unbridled civilization has alienated Western women from shame, reverence, and purity. The very consciousness of these high values ​​has been taken away from them. The point has been made that marriage is now considered an outdated and useless tradition.

The glorious past of Muslims is a testament that men and women can play an important role in developing the country even without the hijab. There was a time when the boundaries of the Islamic Empire covered a vast area of ​​land. And in every sphere of life, Muslims were at the forefront of new inventions and innovations. They discovered new dimensions of knowledge, literature, and science. The West was plunged into the darkness of ignorance which was acquainted with the light of Islamic civilization. The share of books written by Muslims is very much in it. During this period, Muslim women were also engaged in the service of the country and nation within their limits. Applying ointment to the wounded in wars, changing clothes, spreading the light of knowledge everywhere, and giving full support to one’s family in joys and sorrows had become their second nature. In addition, many women have left valuable writings. Haroon al-Rashid’s wife, Zubeida’s library, contained thousands of very rare and valuable books. The woman dug a canal from Baghdad to Mecca to alleviate the water shortage in Makkah, the traces of which can still be seen. However, Islamic history also proved that the goal of national and social development could be achieved without making women a candle to the party.

Compared to Western women, the protection of their modesty and modesty is considered very important and necessary in Muslim society. Due to this, the Eastern woman is not for cheap sex but a valuable commodity. Although, there have been internal and external efforts to undermine the moral values ​​of Eastern society in the name of women’s liberation. As long as Muslims remain committed to the religion and love their moral values, no one will succeed in their futile intentions. Even in the present situation, we see that separate colleges and universities are being set up at the insistence of women. Certainly, we can say that the concept of co-education will never materialize in our society. And this is the right path for our nation and country.